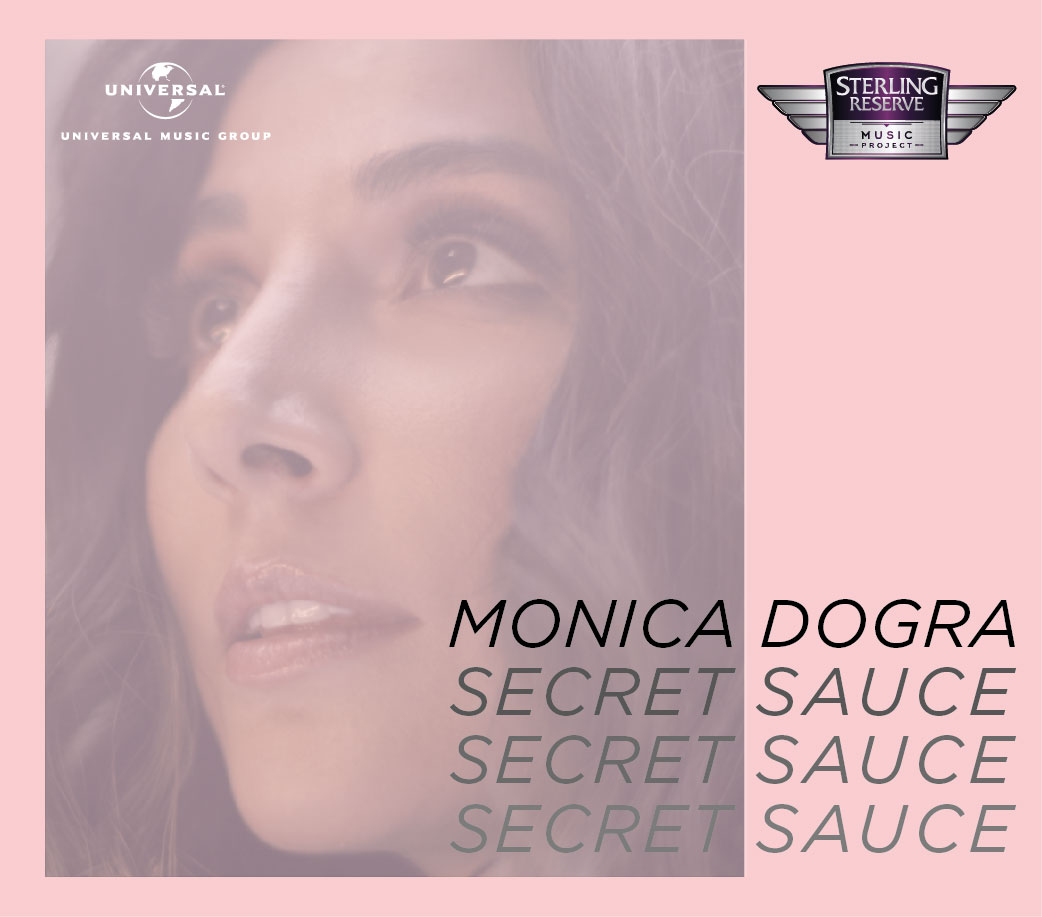 Composed and penned by Monica Dogra, “Secret Sauce” is a love song about the ecstasy that love sets into motion in one’s life. The song is about how once love enters your life, everything becomes magical and fantastic. Monica Dogra describes the vibe of the song as a sensual mash up of Caribbean island music, reggae (ton), soca and pop.

The music video features Bollywood actor Prateik Babbar co-starring alongside Monica Dogra. This is the second time the duo comes together on screen, since their last collaboration in the feature film ‘Dobhi Ghat.’

Speaking about the release of ‘Secret Sauce,’ Monica Dogra said, “I am very happy that ‘Secret Sauce’ has finally come to life. Working with Keshav was a dream.  Soca has been a genre I’ve never played with as a composer, but I’ve played out as a DJ for so long and Keshav is one of the top soca producers in the world!  He’s worked with the best.  The making of the song was like entering an uncharted territory which is just how I like it. “Secret Sauce is so different in multiple aspects from anything I’ve ever done and as a musician, I can proudly say that I made a song that I’d love to listen to on repeat for the first time in my life.” She further added, “While writing the lyrics, my mind was thinking about the immense courage it takes to express one’s affection for another person. Upon hearing the melody of the song for the first time, I just closed my eyes and the lyrics started to stream out of my conscious and onto the paper. It was a beautiful flow... I’m grateful to tap into that. For the music video I wanted to bring back my first costar, Prateik Babbar from the feature film Dhobi Ghat.  That film changed both our lives so much and we’ve maintained a great friendship through the years.  I believe time has made us better.  Working with him was sweet! I kept saying it all felt like honey.  Just what ‘Secret Sauce’ is all about.”

Universal Music and EMI Music, India and South Asia Managing Director and CEO Devraj Sanyal said, “The Sterling Reserve Music Project continues to chase the next in it’s endeavour to support and enable Indian independent talent across all genres and languages. Every once in a while, we have the honour to collaborate with a mainstream and exceptionally talented artist and 2020 kickstarts with one such partnership in the form of the song ‘Secret Sauce’ by multifaceted, Monica Dogra. This is the first time we introduce the genre and sound of ‘soca’ music on the platform created right here in the Universal Music India studios, by Monica Dogra and produced by the incredible beatmaker Keshav from the Caribbean. We’re immensely thankful for Prateik Babbar’s appearance alongside Monica Dogra to lend an authentic narrative to the video that is unique to the Sterling Reserve Music Project.”

Allied Blenders and Distillers’ Chief Operating Officer, Bikram Basu, said, “We begin 2020 with our 11th release, introducing the soca music sound on Sterling Reserve Music Project, through ‘Secret Sauce’ by the immensely talented Monica Dogra. It’s exciting to have Prateik and Monica share screen space once again, which hugely enhances the visual aesthetic of the video. Our platform has always explored unique sounds and with Secret Sauce we are continuing to push boundaries in independent Indian music.”

Monica Dogra, is an Indian - American singer-songwriter, who is known for her work in various artistic fields. In her discography, Monica has released 7 albums with her recent release - Naraye Mastana hitting number 10 on the pop charts in India. Monica attended NYU, graduating in musical theatre. Monica has also contributed vocals to the renowned song Dooriyan Bhi Hai Zaroori for the film Break Ke baad. Apart from being a talented singer, she is also an acclaimed actress starring in various movies which include Rock on!!, Dhobi Ghat. Her recent acting credit is in the web series ‘Cartels’ where she will be playing one of the leads. For her numerous achievements, Monica has been named as “the ambassador of the new India’’ by Republic of Brown and has also been featured in list of the 50 most influential Women by ELLE magazine in India.

Sterling Reserve Music Project is the region’s first enabler platform to discover, incubate and promote emerging musical talent from India. The project aims at elevating and supporting the independent music scene in the country by giving musicians a platform to showcase their talent.

Artists can send their song demos to sterlingreservemusicproject@gmail.com