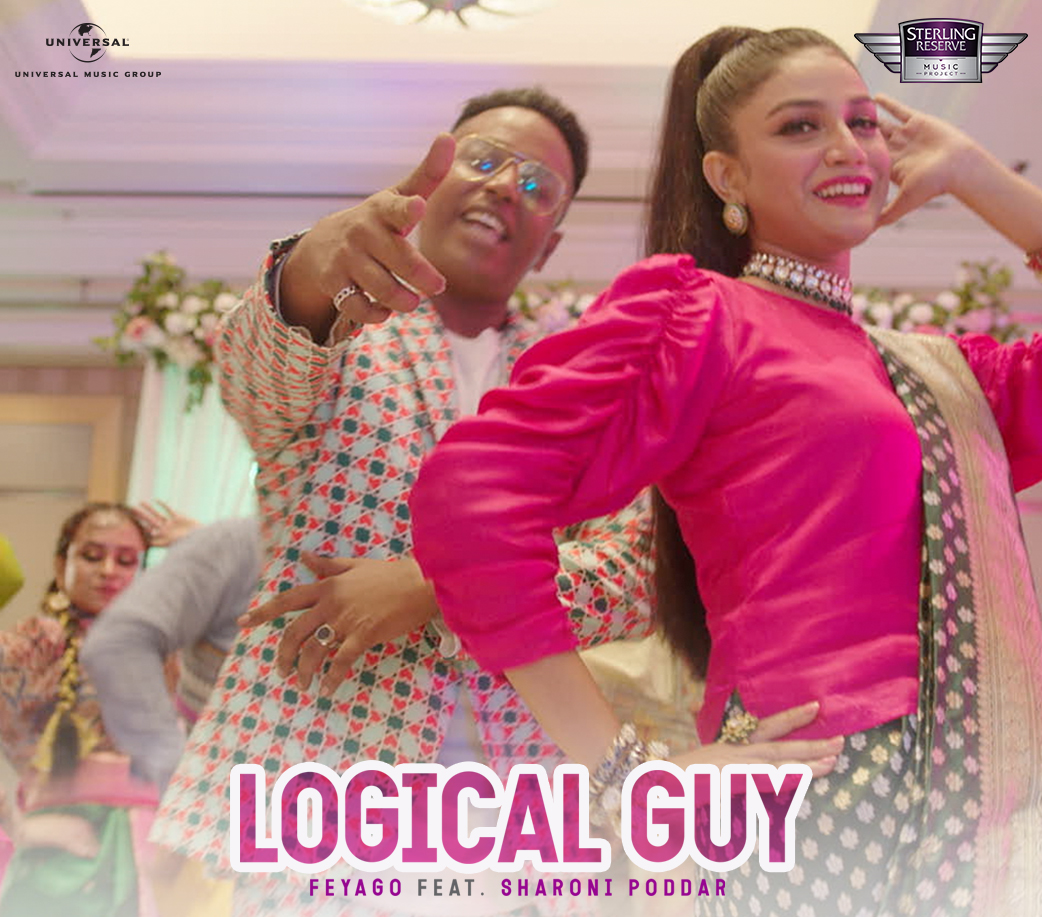 To kick start the festive spirit,  rapper Feyago releases a folk rap ballad ‘Logical Guy’ ft. Sharoni Poddar on Sterling Reserve Music Project. The song is a harmonious blend of English rap with a mix of an ancient Bangla folk song ‘Jalaiya Gela Moner Aagun’ lending a contemporary flavor to the song. Along with Feyago, the song is performed by the talented Sharoni Poddar who’s an independent musician and a playback singer. The video of ‘Logical Guy’ features the very admired, Sauraseni Maitra who together with Feyago will be seen grooving to the renowned Tollywood choreographer Pratim Roy's innovative dance moves.

Logical Guy is created with a fusion of unique folk instruments such as ektara, ukulele and traditional percussions that create an unearthly atmosphere and represents the vibrant and rich cultural tradition of Bengal. Feyago serenades the listener with simplistic, neo folk lyrics that portray his love for his partner, his farm life practice and holistic lifestyle.

Celebrating love and life, the song is about a couple who wants to build a life together against all odds. The vibrant, happy video sets a high standard both visually and technically making this as Kolkata’s first ONE take video.

Speaking about the release of ‘Logical Guy,’ Feyago said, “Logical Guy was first conceptualized by me in 2016 while working with late Tarak Das Baul on my first folk rap project - Baul Rap. I held on to the song because I wanted to wait for the best possible team to collaborate with on this project. Sharoni Poddar from Miliputs is extremely talented. When she came up with the Bangla folk part, I instantly sent the song to Universal Music. It has been a dream come true to be able to produce this song and video with such artistic freedom and attention to detail. My brother, Subhajit Sen has always created visuals for my music since day one, but this time he wanted to go all out and do a long take video! Huge gratitude to the entire team and to Sterling Reserve Music Project for turning independent dreams into commercial reality! I feel extremely blessed!”

Commenting on ‘Logical Guy’ Sauraseni Maitra said, “As an actor I love exploring new horizons. This is something that I have never done before but thanks to the wonderful team  I enjoyed every bit of it. I think Feyago and Sharoni are super talented and have done a wonderful job. I tried to do my bit. The energy was supreme on the set. I hope the audience will love it just as much as I do.”

Commenting on SRMP’s latest release, Devraj Sanyal, MD & CEO of UMG, India & South Asia, “Of all the music we’ve put out on the Sterling Reserve Music Project, I’m personally very excited about this one. It’s our first Folk Rap song which is a combination of English Hip hop & Bengali Folk which makes for an awesome hooky & vibey song. Feyago is unique by way of style & his inimitable swagger compounded by Sharoni’s mellifluous voice makes for a song that will be memorable & loved. Sauraseni adds a visible layer of cool to an already insanely cool song. I’m dying to see how people react to ‘Logical Guy’. This is independent music at its best”

On the release of Logical Guy, Anupam Bokey, Chief Marketing Officer, Allied Blenders and Distillers Pvt. Ltd. said “With the Sterling Reserve Music Project we are always looking at pushing boundaries and chasing the next unique sound. This objective meshes well with our brand philosophy of creating everlasting success through passion and perseverance.  A genre like Folk Rap held huge interest for us to launch on this platform given its contemporary take where the artists have had a chance to pursue perfection in everything from the vocals to the visuals of the track .

Feyago is the winner of Best Hip Hop Act at the Vh1 Sound Nation Awards. He has performed over 250 times in the subcontinent at all major festivals including Bacardi NH7 Weekender, Ziro Festival and others. He is one of the pioneers of Indian hip hop and the creator of the Anthem of The North East. Feyago is the face of Puma x Big Sean clothing line, and is associated with brands like G Star Raw, DC Shoes, Airtel Marathon, 101 India, Hero Bikes, Viacom 18 and others. Feyago's story has inspired a few plot points in the movie Gully Boy. The rapper is an inspiration to the first generation of rappers in India. Feyago is the creator the subgenre Folk Rap.

Sharoni Poddar is an independent musician, vocalist of The Miliputs, an Indie Folk Band, and a playback singer. Trained in Indian Classical music, Sharoni started her own band, The Miliputs, to pursue love and passion for folk music. Now they are successfully doing shows on both national and international platforms. Sharoni Poddar has worked as playback singer for various feature films and webseries like Charitraheen , Eken Babu, Alinagarer Golokdhadha and Bhalobashar Shohor, to name a few. Sharoni loves doing social work with unprivileged children and people with mental illness.